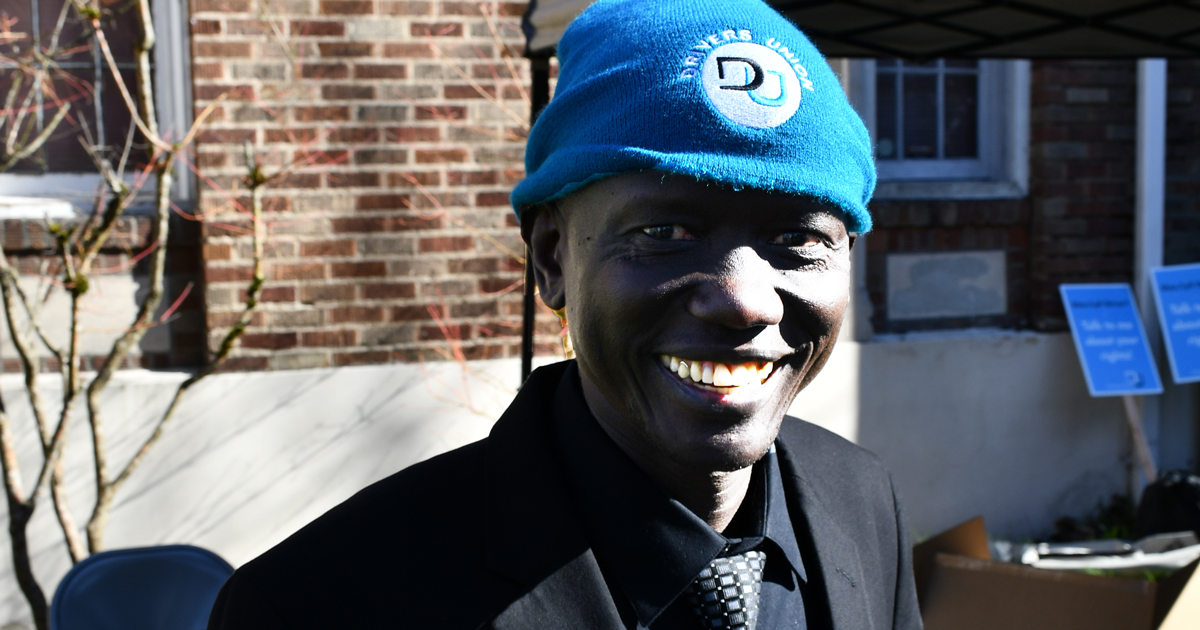 Drivers Union President Peter Kuel has been fighting for fair pay, deactivation rights, and benefits for Uber & Lyft drivers for over a decade.

Today, Uber and Lyft drivers in Washington state have won nation-leading pay and benefit guarantees with the passage of HB 2076 - the “Expand Fairness Bill.” The legislation is the culmination of over ten years of driver organizing, building on groundbreaking protections won in the City of Seattle.

The legislation secures the highest labor standards for Lyft and Uber drivers in the country - expanding pay raises, benefits, and protections statewide.

Drivers across Washington are celebrating this landmark victory in providing sustainable livelihoods and guaranteeing crucial protections and benefits. No other state has achieved this level of protection for drivers, which includes sick leave, workers compensation, and protection against unfair termination.

"It's truly painful when you can't afford to take time off to take your kids to the doctor," said Abdi Ali, father of an autistic daughter and an Uber and Lyft driver since 2016. "Winning paid sick days is a great relief. It really raises driver morale. We feel more freedom and respect."

Bob Gulbranson, an 84-year-old Edmonds resident who has driven for Uber to supplement his social security income, echoed that sentiment, celebrating the victory for worker protections. "I was deactivated and lost my job after I was hit by an uninsured motorist,” he said. “By organizing together in our Union, drivers are winning an end to unfair deactivation without good cause. It's a good day for fairness."

Walt Ellis, from Bellingham, who has driven for Uber and Lyft for seven years, highlighted the critical pay raises that the Expand Fairness bill brings to drivers: "Year after year, our pay has been reduced, requiring us to work longer and drive further to make ends meet,” he said. “I'm proud to be a part of a driver movement that has won first-in-the-nation protections, benefits, and pay raises statewide. This victory puts an end to unsustainable pay cuts, and moves drivers forward where our pay will rise with the cost of living."

“After years of organizing along with drivers in Washington – mostly immigrants like me – we’ve finally won our most significant victory yet, the highest labor standards in the nation,” said Peter Kuel, President of Drivers Union and an Uber and Lyft driver since 2014. “The passage of the Expand Fairness bill demonstrates the tremendous impact we can create when we combine our voices and demand better.”

Teamsters Local 117 Secretary-Treasurer John Scearcy joined in celebrating the passage of the Expand Fairness bill: "Teamsters 117 is proud to stand in solidarity with Uber and Lyft drivers in winning their demands for pay raises, deactivation protections, and historic benefits statewide.”

Washington’s more than 30,000 Uber and Lyft drivers are made up largely of immigrants and people of color.  In fact, 30% of drivers and their families rely on food stamps in King County and 24% of drivers in the county are living in federal poverty (Parrott & Reich 24).

or
Please check your e-mail for a link to activate your account.